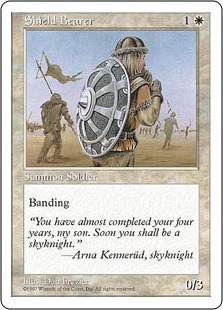 "You have almost completed your four years, my son. Soon you shall be a skyknight."—Arna Kennerud, skyknight
Common
White