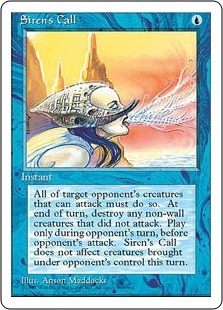 Cast Siren's Call only during an opponent's turn, before attackers are declared.

Creatures the active player controls attack this turn if able.