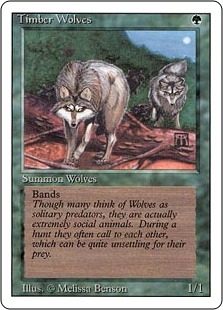 Though many think of Wolves as solitary predators, they are actually extremely social animals. During a hunt they often call to each other, which can be quite unsettling for their prey.
Rare
Green